Three Men in a Boat (To Say Nothing of the Dog) 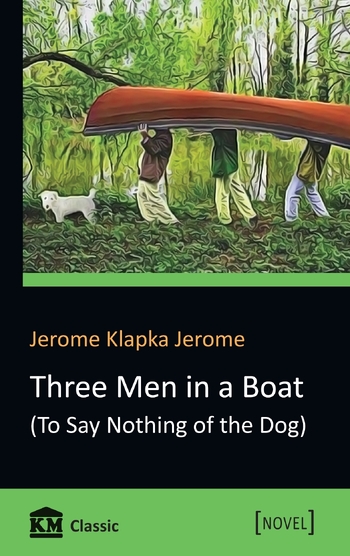 Three Men in a Boat (To Say Nothing of the Dog), published in 1889, is a humorous account by English writer Jerome K. Jerome of a two-week boating holiday on the Thames from Kingston upon Thames to Oxford and back to Kingston. The book was initially intended to be a serious travel guide, with accounts of local history along the route, but the humorous elements took over to the point where the serious and somewhat sentimental passages seem a distraction to the comic novel. One of the most praised things about Three Men in a Boat is how undated it appears to modern readers – the jokes seem fresh and witty even today.