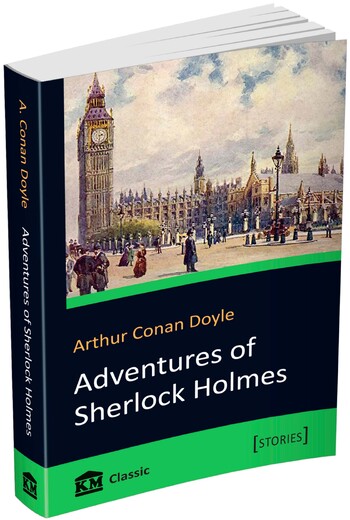 The Adventures of Sherlock Holmes is a collection of twelve short stories by Arthur Conan Doyle, featuring his fictional detective Sherlock Holmes. It was first published on 14 October 1892, though the individual stories had been serialised in The Strand Magazine between June 1891 and July 1892. The stories are not in chronological order, and the only characters common to all twelve are Holmes and Dr. Watson. The stories are related in first-person narrative from Watson's point of view.